Impressions of the 2022 vintage

After 2022, we dare to hope that global warming skeptics will change their minds. Everybody will remember the combination of heat, drought, fires and storms.

With much less winter rain than in 2019 and 2020 but more than in 2021 (from 1 October to 15 August, an average of about 340mm for the Bandol appellation), we could expect a difficult situation due to the 2021 deficit: indeed, it has rained very little since January with only 70 mm, mainly small rainfalls followed by strong winds. At the same time, temperatures reached record highs with for example an average of 26.5° in July. That’s 4° higher than the average of the last 25 years. However, the vines resisted and show fewer signs of weakness than in 2020. We can ask ourselves if it’s because the vine stopped growing due to the year’s oven effect or because of less wind during the season.

Of course, we were hoping for a little more water to help finish the maturation cycle. In the second half of August, we were about to start harvesting when a huge storm occurred on 17 August; it brought the long-awaited water — but with hail. There was some damage on almost all the grape bunches with grapes exploded or lying on the ground; the most important fact will undoubtedly be that the vines experienced great stress from which they haven’t fully recovered.

On August 22 we started picking the Grenache for the rosé and were worried by the high degrees. Then we went on with the other varieties and the red wine followed quickly. It rained again which helped the ground but it didn’t alleviate the stress on the vines impacted by the previous heat wave and hail.  As in 2017, we ended on 12 September with an even smaller harvest. It is the fourth and most significant drop in output since 2018. This can be explained by the cumulative effect of the stress caused by the recent years’ heat and drought which produced less flowering.

All in all, the wines are fine, with quite unexpected freshness. The colors and structures are less impressive than those of recent years but the balance is satisfactory; we should end up with wonderful wines due to healthy vines, even after the hail. 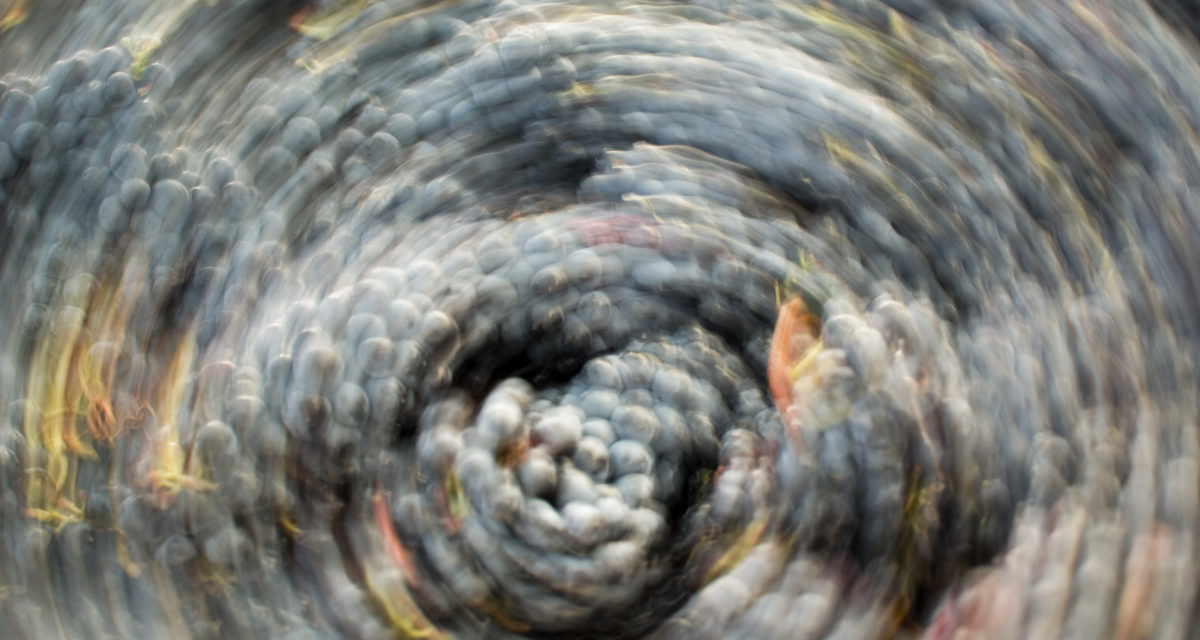