2021 will remain a dark memory for the French winegrowers. Within that context we feel rather privileged in Bandol because although it was a chaotic season, we were relatively spared. We nevertheless experienced a significant drought.

Winter was rather mild again, though on April 8, temperatures fell below O and some areas froze. Altogether rainfall in the last quarter of 2020 was rather low. Some heavy rains in January and April (also early May) were not sufficient to make decent water reserves. Young vines or those located in poor soil quickly showed signs of hydro stress. The drought persisted till the end of the harvest despite about ten millimeters of rain on August 6 and twice as much in September. In all, we got only about 250 mm of rain between early October 2020 and the end of September 2021. In such conditions the vine was obviously easy to protect even if a strict vigilance was necessary to fight against powdery mildew.

We didn’t feel we had a very hot summer (compared to 2019) and yet the average temperatures conformed to those of recent years. Nights remained cool during July and August, and this resulted in fine maturities.

We were quite worried as we started picking the grapes on August 26. The first grapes in the winery confirmed our concern: the harvest was lower and the yield in juice quite poor. In fact, the grapes contained more seeds than pulp and skin combined. We were concerned about the consequences of the spring frost on some parcels and coulure on grenache vines. Fortunately the parcels we harvested towards the end – up to September 24 – weathered the rough conditions better than expected and ended up providing us with pleasant surprises, including a good juice yield.  All in all the harvest was less abundant but not as bad as we’d feared at the beginning : 20 to 25% less than last year which was already a small harvest (this is the third consecutive drop).

The fermentations are sluggish due to the small amount of yeast on the grape blooms, and haven’t increased in temperature, as if the wines were « lazy. » The colors are intense, both for the reds and the rosés – an aromatic wine with nice acidities that indicate a fine potential for aging.  In this young stage, the wines recall those of the 90s or the 2008 and 2013 vintages. The lower alcohol percentages than in previous years confirm our impression. 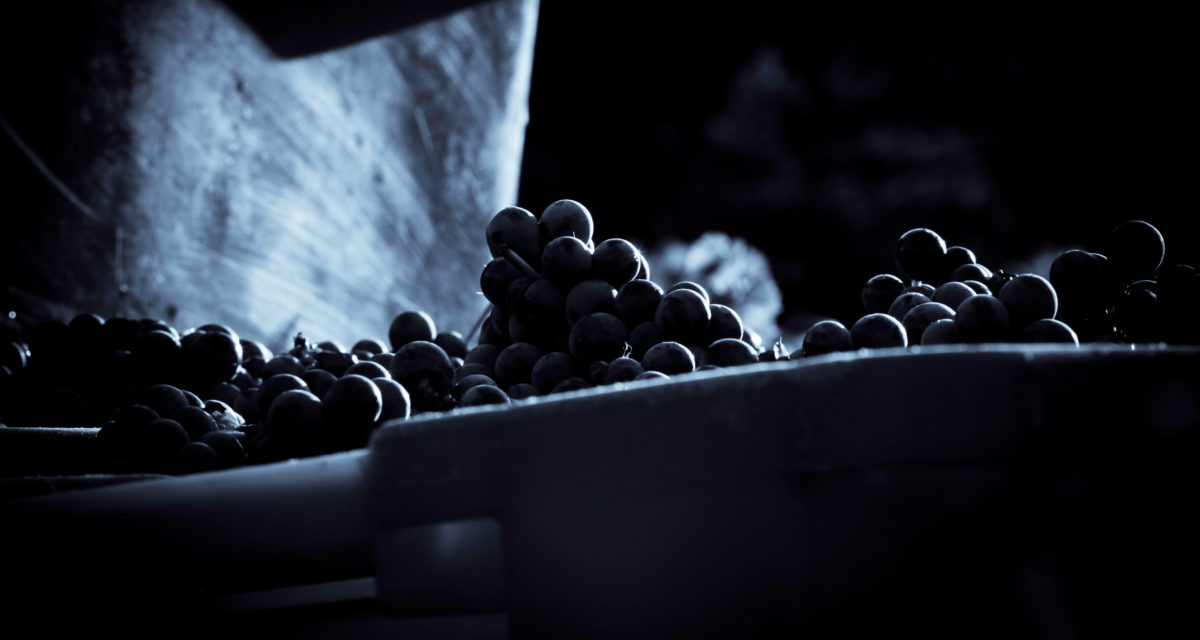